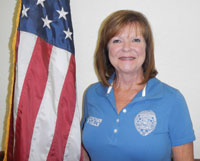 What is a County Coroner

The County Coroner is an elected official in county government. The Coroner is elected for a two-year term of office with the requirements that he/she be a qualified elector and resident of the county. In the event of a vacancy in office, the Quorum Court fills the vacancy by appointment, the appointee serving until the next general election, when a successor is elected. Before beginning his/her duties, the Coroner must enter into an official bond, to guarantee his/her performance of duties. This may be accomplished either through the State Self-Insured Fidelity Bond, which covers all employees on the payroll, or a Fidelity Bond purchased for the office. He/she must also take the constitutional oath of office.